I had the pleasure of recording some guitar and synths on this track, featuring Cary Grace on vocals and Moog, Andy Budge on Bass and David Payne on Drums.

It was a very special treat working with Burberry and Joe Duddell on an orchestral presentation of four of Alison’s songs for their SS WW show in Hyde Park, London. Regular tourmate Sean McGhee was leading the backing vocals, and the orchestra was led by the excellent Sonia Slany.

We also had the pleasure of working with two outstanding mix engineers: David Odlum and Tim Clark. Both created amazing mixes of the show in an impressively short time period! 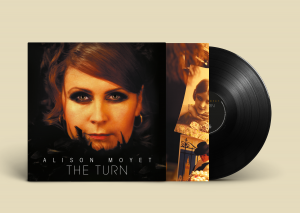 Sean McGhee (of Artmagic) and myself mixed the live bonus tracks on the re-release of The Turn by Alison Moyet. Always a pleasure working with Alison and her management at Modest Management.

Live recording of the minutes and seconds tour with Alison Moyet from 2014, mixed by myself and Sean McGhee.